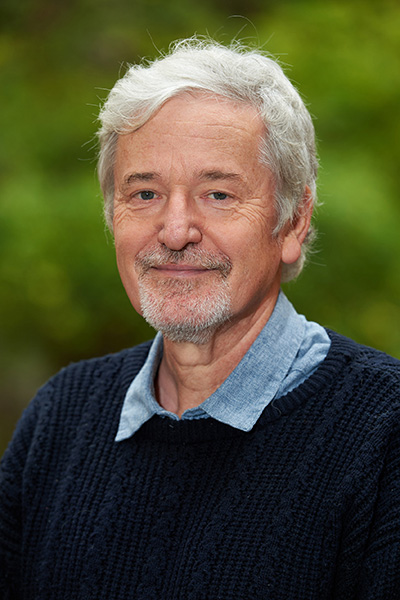 Brain function is based upon the precise connectivity of a large number of neurons. Connectivity in turn depends in large part on the genetically determined wiring properties of neurons, including their neurite projection, branching, and placement of synaptic contacts with specific partners. Research of my lab revolves around the question how gene expression controls neuronal connectivity and, thereby, brain function. We use the model system Drosophila, where virtually every gene can be targeted for knock-out or activation in a cell type selective manner Drosophila also offers the advantage that its brain is composed of a relatively small number of stereotyped neuronal lineages, groups of neurons descended from individual embryonic stem cells, called neuroblasts.
A longstanding line of research in our lab is to reconstruct how lineages assemble the major circuits of the fly brain. For the small larval brain, this reconstruction can now be done at a so far unparalleled level of resolution, using a series of several thousand contiguous electron microscopic sections in conjunction with a specially developed software package that allows us to assign all synapses to specific neurons and their lineages.

More recently, we have identified a specific circuit, called the anterior visual pathway (AVP), which conducts input form the eye to a brain center, the central complex, known to process and store visual information in order to control fly locomotion (walking, flight). The central part of this circuit is formed by three lineages, whose neurons form several classes of highly ordered parallel and sequential elements. We are investigating the function of the neuronal classes of the AVP, by recording their activity in response to defined visual stimuli, and follow the question of how the developmental history of a neuron (time of birth, placement within the spatial framework of the developing brain) relates to its later connectivity within the AVP circuit.

We conduct research contributing to our understanding of the genetic specification of brain circuitry. During the course of its proliferation, each neuroblast expresses characteristic sets of regulatory genes. These genes are assumed to be relevant in the control of the wiring properties of the neurons born from a particular neuroblast during a particular time interval. Our research aims to link the structurally defined lineages mapped in the larval brain with the neuroblasts of the embryo, using a technique that systematically labels all transcription factors expressed in neuroblasts and then follows the expression of these genes from neuroblast to lineage.

Finally, our work on the genetic patterning of the Drosophila brain guided us towards becoming more active in comparative studies, addressing questions of stem cells and neural development in other animal taxa. We decided to focus on several clades of basal metazoan, notably the flatworms (platyhelminthes) and acoels, generally considered to be the most primitive animals with a central nervous system, as well as cnidarians, which predate bilaterian animals.

Hartenstein, V, Giangrande A., "Connecting the nervous and the immune systems in evolution", Communications Biology 1: 1-5 (2018).

Ngo KT, Andrade I, Hartenstein V., "Spatio-temporal pattern of neuronal differentiation in the Drosophila visual system: A user's guide to the dynamic morphology of the developing optic lobe", Dev Biol 428: 1-24 (2017).