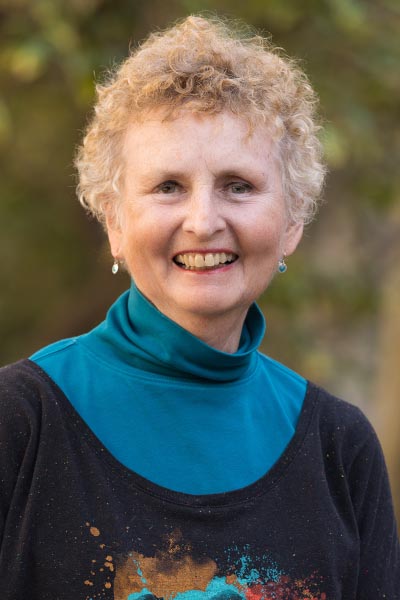 Earlier, we studied the interaction between nitrogen-fixing bacteria (alpha-rhizobia) and legumes such as alfalfa, pea, and soybean to learn why this interaction occurs exclusively with legumes. The roots of legume plants house the bacteria, usually in root nodules, in which the microbes convert atmospheric nitrogen into ammonia, thereby allowing the plant to live without added nitrogen fertilizer. In my early years at UCLA, I demonstrated the importance of phytohormones in nodule development, the significance of various plant and bacterial proteins for adherence to the root, and also showed the conservation of signal transduction pathways in nodulation and mycorrhization pathways based on common gene expression patterns.

Later, we began to investigate what-are-known as "non-traditional" nitrogen fixers, the newly discovered beta-rhizobia, as well as the plants associated with them. Because many of these bacteria exhibit metabolic activities, such as cellulose degradation as well as nodulation and nitrogen fixation (in the case of the beta-rhizobia), they have the potential, not only to be used for enhancing nitrogen nutrition in crop plants, especially as increased energy costs result in greater fertilizer expenditures, but also in the production of biofuels. To this end, I coordinated the sequencing and annotation of four Burkholderia genomes, including a species that nodulates agronomically important legumes growing in arid and acidic soils. In addition, two Micromonospora (actinobacteria) genomes were sequenced and these data are published. Micromonospora is an important Plant Growth Promoting Bacterial (PGPB) species. My lab has also determined that symbiotic Burkholderia spp. are unlikely pathogens based on bioinformatics analyses and by employing HeLa cell and Caenorhabditis elegans assays to determine non-pathogenicity. We recently published on the different arrangement of nodulation and nitrogen fixation genes in the plant-associated Burkholderia versus the well-studied alpha rhizobial species.

Because my research has always focused on the ?hidden half? of the plant, i.e. the root, and especially on the beneficial interactions that take place between plant roots and microbes in the rhizosphere microbiome, I made the transition early on to working on plant microbiomes. In so doing, we began to investigate a broader range of plant-growth promoting bacteria (PGPB), which are associated with roots, especially those isolated from arid environments. Our rationale is that as the climate changes, agricultural productivity will decline because crop-growing regions will become drier and less fertile. Novel drought-adapted, nitrogen-fixing bacteria are likely to provide genetic traits that increase both nutrient availability and environmental tolerance to salinity and drought brought about by reduced rainfall, higher soil acidity, and increased temperatures. In addition, many PGPB are effective at inhibiting plant pathogens, either directly by killing the pathogens or indirectly by making plants healthier so they can overcome pathogen infection. Moreover, a combination of nitrogen-fixing bacteria and one or more PGPB, such as Micromonospora or Bacillus spp., enhance plant growth and yield beyond single inoculation. The development of microbial consortia for plant inocula is the next direction of research that the Hirsch lab is pursuing. The microbes that inhabit nitrogen-fixing nodules grown in field conditions are the best way to determine which bacteria are compatible with another and could be used to establish consortia. My lab is also pursuing metagenomic and cultivation-dependent analysis of dryland soils as a means to find novel bacteria for inoculum development. We have licensed our discoveries from the Negev Desert (Israel) research, and we have a pending agreement with an agricultural company that is developing novel inocula to replace chemical amendments for certain crops. Studies in other deserts and dry environments are also in place.